Icon And The Black Roses Interview for Wicked Spins Ra 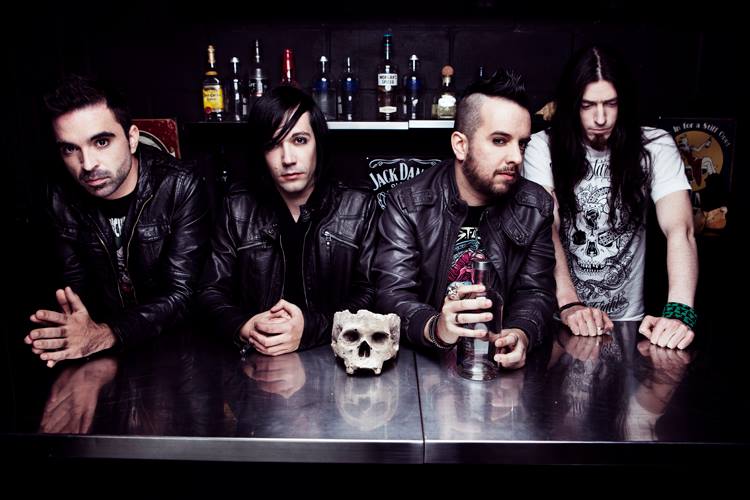 WSR – Thank you for giving Wicked Spins Radio this interview, can you tell our readers a little bit about yourselves?

Icon – We are a Rock band which was founded in 1999 by Johnny Icon. The band was formed in Lisbon Portugal but is now based in London UK.

WSR – A little birdy tells me you have an album in the pipeline, care to share about it?

.The ten track album is titled “Thorns” and will be released as a free download via our website some time in the very near future. Two of the song’s “Wings of a dreamer” and “Innocence” have already been made available. “Thorns” still has similar colours to that of our previous release from 2004 but at the same time adds a new sound to the band which is heavier and more energetic. We cant wait to share it with you.

WSR – What is the inspiration behind your name?

Icon – The band name was changed several times before endin

g up as “ICON & The Black Roses”.  (Icon) – comes from Paradise Lost’s album name black roses we added cause it sounded cool \m/

WSR – You are gaining a following, but why is it glitter, metal and roses that you are spreading?

Icon – Not sure that applies anymore but sounds good doesn’t it? We were very glam in our early days, loads of make up and shit but we moved away from that these days.

WSR – You have been compared to bands like HIM, but what is it that sets you apart from the likes of HIM?

Icon – In our early days we were compared to HIM, which is far from a bad thing as they are a great band and awesome song writers, However.. If you listen to the songs from our new album, I think you will agree it is not so similar. We have developed our sound into something that sits in the same

place as bands like HIM and Evanescence, without sounding so much the same.

WSR – Who would you consider are your influences b

oth musically but in life too?

Icon – Our musical influences range a lot, from Meshugga

h to Nicki Minaj. Our life influences… thats a tough one. I think it might be the same as our musical influences.

WSR – Icon & The Black Roses are based in London, but the band was formed in Portugal and two members still live in Portugal. How does this effect rehearsals and what are rehearsal like for you?

Icon – Rehearsal would be held prior to an arranged gig. Just one or two day sessions before the show. Everyone in the band is used to playing live so it works fine. 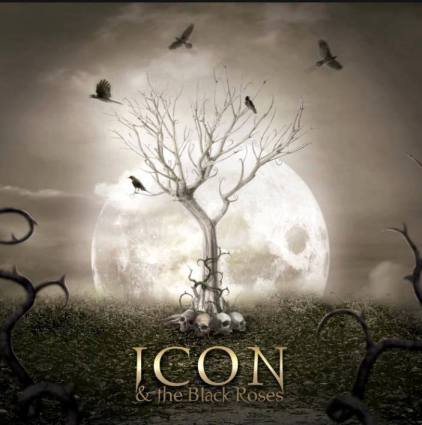 WSR – Is there any Portuguese influence in your music at all?

Icon – Of course, especially in the vocal arrangements. Johnny uses techniques from the Portuguese singing style fado which we find works really well.

Icon – We just decided to get together and try and pick it up where we left it. Were are all motivated to do it and are pleased with the result.

WSR – What is the ultimate goal for Icon & The Black Roses?

Icon – The ultimate goal would have to be being able to stay in the studio and write music 24/7. We dont need millions to be happy. Just enough to survive from making music.

Icon – Id introduce a law where everyone had to be Lannon. If your not Lannon, You should be! Check Lannon out on facebook.  The first thing I would ban would be Youtube adverts.

WSR – People say that love and romance are dying, do you believe this is true and what is your definition of love?

Icon – Love is something that makes you happy, makes you sad, and drives you to do the things you do.

WSR – You are rummaging through an antiques shop and a pot catches your eye, there is a dusty label on there. So you rub the label and boom genie with three wishes appears but the genie says you cannot wish for things for you in any way, what are your 3 wishes?

WSR – Thank you so much for giving Wicked Spins Radio this interview, is there anything you would like to add?

Icon – We are looking forward to sharing our new album with all of you and hope you like what you hear! we have enjoyed the interview thanks for having us!

You can be the first one to leave a comment.